Broadband made a legal right for Finnish citizens 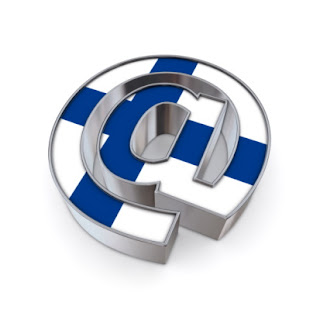 Broadband made a legal right for Finnish citizens.
Let us be honest, how many of us are reading this article from our neighbors wifi? I, for one, am not, but that may or may not be because I’m the only one with internet in the building. The ethical argument for using another person’s wireless internet is akin to the argument about virtual property. Have we reached an age where a person can not only own the rights to something tangible, but something completely invisible as well? It is almost considered ignorant to go without internet anymore, but with bills for electric, cable, water, gas, and everything else piling up, it is becoming more and more difficult to add another forty dollars or so to our monthly spending. With social networking becoming more popular than postal mail, maybe the US should take a hint from Finland, and their new policy that internet should be a legal right to each and every person.
In October 2009 promises were being made by Finland’s communication officials that by 2010 everyone would have broadband internet of at least 1Mbit/s, and by 2015 amping it up to 100Mbit/s. Finland makes this possible using ADSL (Asymmetric Digital Subscriber Line). As of July 2010 this promise came to fruition, and all of Finland had the option to be connected to the web. Even before this breakthrough in communication, certain cities in Finland, such as Oulu, were already offering city-wide internet access. Finland’s willingness to offer such a commodity for no cost to its general public may seem startling, but when one looks at the benefits to free internet, it is understandable why this step was taken.
According to Reuters, four out of five people believe that internet access is a fundamental right. For the older population this might seem hard to believe, since the internet has only become extremely popular in the last decade. Internet access has become such a crucial part of our everyday lives that it would be impossible for some businesses to function without it. In fact, some businesses are completely internet based, with nary a cubicle in sight. More and more people would benefit from open access internet, even to the point where it would open up jobs for people unable to leave their homes.
America’s attempts to jump start its economy are everywhere. New highways being built, new government-run jobs opening up, the evidence is obvious that drastic steps are being taken to put money back into the pockets of American citizens in hopes that said citizens will spend the money. By offering nationwide broadband access, online shopping would be available to every single citizen, not just the technically savvy. The factory worker that gets off work at 3:00am with a hole in his steel toed boots could jump on his computer, as basic as it might be, and order a new pair for delivery. No more worrying about waking up five hours early to get to the shoe store. The full time Mom could order all of her Christmas presents from home without having to dress and wash her numerous offspring. The possibilities are endless. For wireless intenet on the go consider an AirCard rental from Rentacomputer.com.